Dr. Nancy P. Kropf is dean of Georgia State University’s Perimeter College, one of the largest associate-degree-granting colleges in the nation.

Perimeter College offers five campuses servicing metropolitan Atlanta—in Alpharetta, Clarkston, Decatur, Dunwoody and Newton County. It also offers an extensive online program that is one of the largest of any college in the University System of Georgia.

Before assuming the Perimeter role in February 2019, Kropf was dean of the Byrdine F. Lewis College of Nursing and Health Professions for more than three years.

She joined the faculty of Georgia State in 2006 as director and professor in the school of social work, then became an associate dean in the Andrew Young School of Policy Studies in 2013. In 2015, then an associate dean for research and strategic initiatives in the Andrew Young School, she was appointed dean of the Lewis School (which became a college under her leadership). There, she oversaw the seamless integration of the associate degree nursing program at Perimeter College with the Lewis College.

Under Dean Kropf’s leadership, the Lewis College added new academic programs and degrees, expanded the number of faculty and exceeded the college’s fundraising goal by 116 percent. The college also received funds for two new endowed chairs during her tenure as dean. 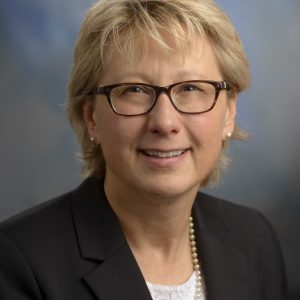