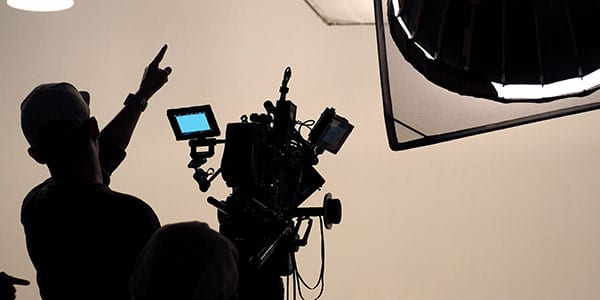 What does it cost?


Check out our cost calculator or visit student financial services for information on estimated costs.

How long will it take?

Where will I take classes?


All required classes to earn a degree can be completed online.

Film is one of the leading art forms of the 21st century. To understand the cinematic medium is to be aware of its impact as a cultural and artistic force. Film at Perimeter College examines the analysis, history, theory and critique of the film industry, allowing students to learn how art, business and technology combine to create films that express our 21st century culture.

Georgia has seen explosive growth in the film industry in recent years. Major studios such as EUE/Screen Gems, Pinewood, Tyler Perry, Eagle Rock and Triple Horse have built new facilities in Georgia. This activity generated $6 billion in Georgia in 2015 and created 23,000 new jobs with average salaries of $48,000-$65,000. The Film guided pathway at Perimeter College is the first step on a student’s film career journey. Students will be able to examine the convergence of art, technology, industry, politics and culture and learn to think critically about movies and other forms of visual media. They will learn how cinematography, lighting, music and sound design reinforce the themes and character development in films. The film pathway also is designed to help students smoothly transition to the bachelor’s degree program at Georgia State University, where film is one of the most popular majors.

A note on pathways: A pathway is an advising guide to help students prepare for their intended bachelor’s degree major. By following the course of study outlined in the appropriate Associate of Arts or Associate of Science pathway, students will have the necessary prerequisite courses to continue in their chosen disciplines. A pathway is not a major and will not be represented on the diploma.

Students should consult with advisers to confirm availability of online courses and requirements or additional costs that may be associated with courses. Students should check with advisers about which campuses offer the courses they need. Typically, core courses required for pathways can be taken at most locations and online, while pathway-specific courses may require attendance at a particular location.

The Film and Media Studies pathway requires 42 hours of Core Curriculum and 18 hours of courses appropriate to the pathway. For up-to-date curriculum requirements, please visit the catalog.

As part of Georgia State University, Perimeter College is accredited by the Southern Association of Colleges and Schools: Commission on Colleges (SACS-COC) to award associate degrees. Successful completion of a pathway at Perimeter College leads to an Associate of Arts or an Associate of Science degree. Contact the Commission on Colleges at 1866 Southern Lane, Decatur, GA 30033-4097 or call 404-679-4500 for questions about the accreditation of Georgia State University.

The Film pathway at Perimeter College provides a first step toward the following interesting and exciting careers:

For potential job and salary information, visit the Bureau of Labor Statistics

Admissions
For help with applying or admissions, please review our website, visit a campus office, or contact us at 404-413-2500.

The information shared here provides an overview of Georgia State’s offerings. For official details on admissions requirements, tuition, courses and more, refer to the university catalogs.

HOW TO APPLY
INFO REQUEST
BACK TO TOP