For more than 50 years, Perimeter College has been a gateway to higher education for the Atlanta region and beyond. On five campuses and online, students take advantage of our support and small classes to build a solid academic foundation that enables them to reach their goals.
DID YOU KNOW?

The fine arts thrive at Perimeter, with about 70 theater, music and art performances and exhibitions each year.

Perimeter College is nationally acclaimed for its military outreach.

More than 5,000 of Perimeter’s students represent the first generation in their family to attend college.

Perimeter College is dedicated to student success and innovative teaching. In the dynamic and changing landscape of higher education, it provides more than access to a college education.  It paves the way for students to ignite their passion for learning, to cultivate their talents and skills and to transform their lives.  Through our academically talented faculty and outstanding staff, Perimeter College is strategically poised to continue the success of educating students that began more than 50 years ago when it first opened its doors in 1964 in Clarkston, Georgia.  Since then, the college has grown to include four additional campuses throughout the Atlanta metropolitan area (Alpharetta, Decatur, Dunwoody, Newton) and become a pioneer in the online learning space, while also offering more than 30 pathways leading to an associate degree.

Since 2014, Perimeter College’s three-year graduation rate has more than tripled and, in the 2019-2020 academic year, we awarded 17 percent more associate degrees than in the previous year. We have worked hard at closing achievement gaps and now regardless of race, ethnicity or income, we graduate students at similar rates, mirroring the student success of Georgia State’s Atlanta Campus. Additionally, The Chronicle of Higher Education ranks us 20th among 838 two-year institutions nationally for our higher rates of students staying the course and advancing their education. Nearly 83 percent of Perimeter College students completed their programs, transferred or remained enrolled three years after starting (The Chronicle of Higher Education, Jan. 5, 2020).

As we look forward, we are proud of what we have accomplished, but know there is still much work to do.  We will continue to push ourselves in the areas of student success, advancements in teaching and creating an educational environment where identity and placemaking mirror the experiences of our diverse student body and the communities where they work, serve, live and play. I invite you to learn more about Perimeter College, through this website and on our other social media platforms.  You will get a real sense of Perimeter College—our accomplishments and the pride that our students, faculty, staff and alumni take in being a part of the Georgia State University family.

We are honored to educate the next generation of scholars and thank you for your interest in Perimeter College.  Get to know us. Your Future, THESTATEWAY®.

The Way to Succeed

AMADOU BAH
VALUABLE RELATIONSHIPS
“Whenever I needed any kind of support, I knew there was someone I could reach out to — whether it was a faculty member or a classmate. Spring 2018 was my last semester at Perimeter, but I still don’t hesitate to reach back to my professors for support and advice. I value those relationships.”

“Whenever I go back to Georgia, I don’t miss out on the chance to get together with former classmates, or stop by a former professor’s office just to say hello,” Bah said recently.

His visits reflect the nature of his Perimeter experience.

“Whenever I needed any kind of support, I knew there was someone I could reach out to — whether it was a faculty member or a classmate,” he said. “Spring 2018 was my last semester at Perimeter, but I still don’t hesitate to reach back to my professors for support and advice. I value those relationships.”

Bah, an international student, was born in Guinea, West Africa, but also lived in Swaziland and Mozambique before immigrating to the United States in 2013. He is the oldest child in his family and has four other siblings — two of whom are in college as well.

Dr. Taylor Shapero, now a researcher at Georgia Tech, was unabashed about her support for the engineering student while she taught at Perimeter.

“Amadou Bah is one of the strongest and most deserving students we will see come out of Perimeter College this decade,” Shapero wrote in a 2018 scholarship recommendation letter for Bah. She also noted his near-perfect scores in her statics course and his overall 4.0 GPA.

Bah’s drive to succeed stems in part from his experiences at an all-boys boarding school in Swaziland, where he received corporal discipline, had to hand-wash his clothes and learn using only the basics.

“Apart from calculators, no form of technology was allowed,” he said.

“They felt that the rate at which the country (Guinea) was developing, coupled with political instability, would impact the lifestyle of their children,” Bah said.

As a Perimeter College Honors student, Bah was selected for multiple scholarships and for the Phi Theta Kappa honor society. He made a presentation at the 2018 Joint Mathematics Meeting in San Diego, the largest annual meeting of mathematicians in the world, presenting as a team with one student from Georgia Tech and one from Agnes Scott College.

“Today has been a life-changing day,” Bah said after learning he’d won the scholarship, which offers each winner up to $40,000 per year for up to three years, making it the largest private scholarship for two-year and community college transfer students in the country. He graduated from Perimeter in May  2018.

Bah realizes some of his plans along the way may have seemed a tall order, but he is comfortable with aiming high.

“No one has ever gained anything by thinking small,” he said.

“THE DECATUR CAMPUS STUDENTS’ EDUCATIONAL ACHIEVEMENT AND COMMUNITY BUILDING IS A SOURCE OF PRIDE FOR OUR PARTNERSHIP.”

“SOMEONE IN THE CLASS IS TAKING SCIENCE FOR THE FIRST TIME OR THE LAST SO I OWE THEM MY BEST.”

Do you want to learn more? Just tap on the decades. 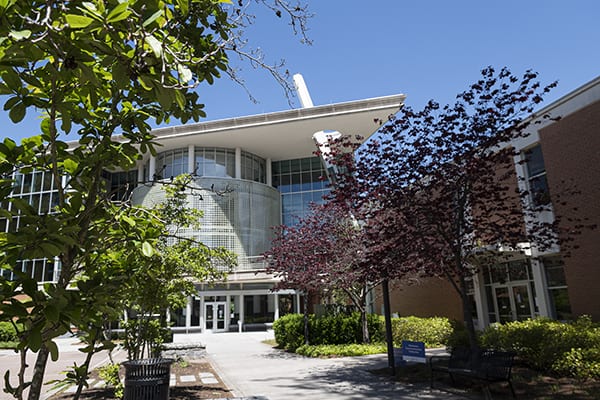