Neeley Gossett and writer/director Nichole Palmietto were interviewed by WABE-90.1’s “City Lights” host Lois Reitzes about their interactive play,  “Frankenstein’s Funeral,”produced by Found Stages. Gossett is an assistant professor of English at the Dunwoody Campus, where she also serves as campus coordinator for the Honors College. She is co-founder of Found Stages. 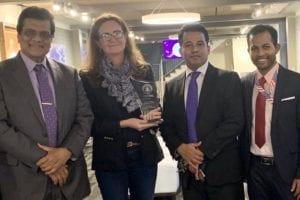 Dr. Mary Helen O’Connor was honored as a Human Rights Champion by the Burmese Rohingya Community of Georgia. O’Connor is the director of the Center for Community Engagement at Clarkston Campus.

Dr. Stuart Noel was a special guest during the Truman Capote Festival in Monroeville, Ala., Sept. 27-29. At the festival, Noel and his friend, Tina Radziwill, niece of former First Lady Jackie Kennedy, attended the world premiere of playwright and Broadway actor Joel Vig’s play, “Truman Talks Nelle Harper Lee” at the Monroe County Courthouse Museum. Noel is the founder of the Truman Capote Literary Society and professor of English and film studies at the Clarkston Campus.

Dr. Katherine Perry was a panelist during a recent screening of the Georgia Public Television program, “College Behind Bars.” The event was at the Variety Playhouse in Atlanta. Perry is a founder and coordinator of Georgia State University’s Prison Education Project. 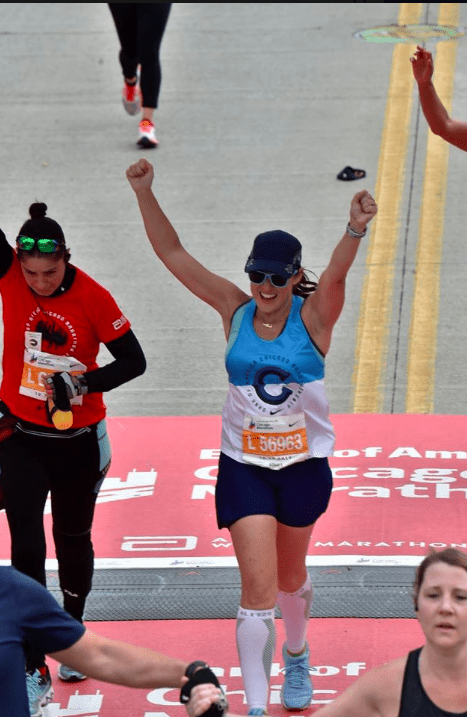 Dr. Kathryn Crowther completed the Chicago Marathon in October with a time of slightly more than five hours. This is her second marathon. (Her first was in the Publix Marathon in 2018.) Crowther also was recently named the November wellness champion in Healthy Lifestyles e-magazine. Crowther is a faculty associate at Perimeter College’s Center for Excellence in Teaching and Learning, and an associate professor of English on Clarkston Campus.

Dr. Nancy P. Kropf and E.K. Yoon’s article, “Correlated factors with filial piety expectations of older Koreans and Korean-Americans” was selected as the article of the year by The Journal of Ethnic and Cultural Diversity in Social Work, published by Taylor Francis Press. Kropf is dean of Perimeter College.

Rob Jenkins’ article on dual enrollment was  recently published in the Chronicle of Higher Education. Jenkins, a regular contributor to the publication, is an associate professor of English on the Alpharetta Campus and author of several leadership books.

Dr. Gregg Murray had his lyric essay “Big Twist” published in the spring 2019 journal, Chicago Quarterly Review. Murray is an associate professor of English on the Decatur Campus, online  campus coordinator for the Honors College, and founding editor of Muse/A, a journal of poetry, essay and visual art. He also serves on the college advisory board for the literary journal, The Chattahoochee Review.