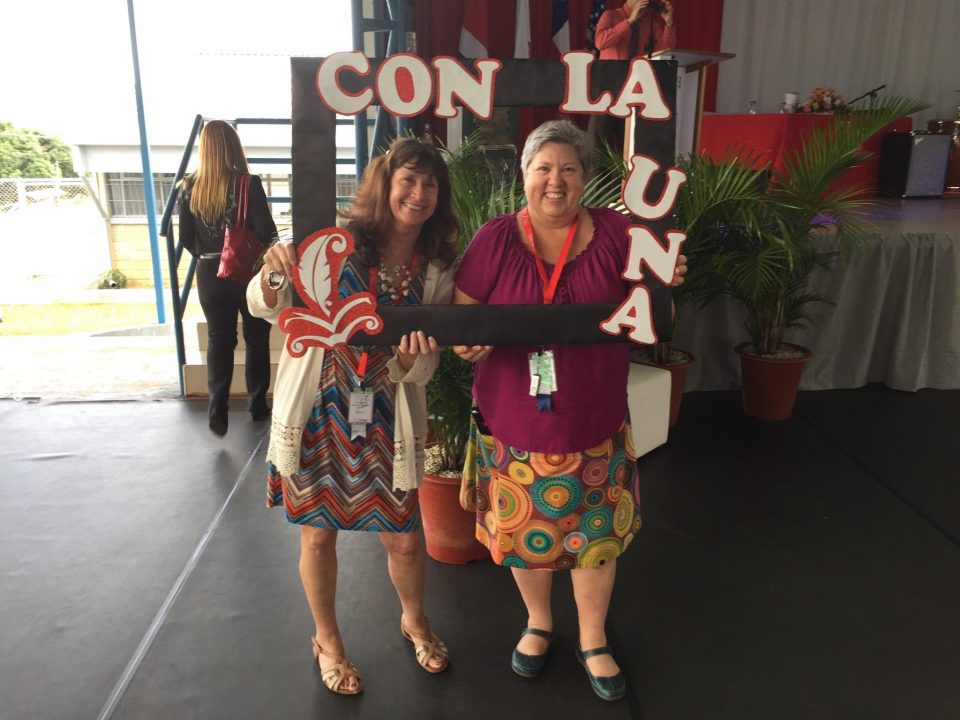 Beth Wallace and Barbara Hall were invited to each give a plenary and workshop at the 4th International Conference of Applied Linguistics at the Universidad Nacional de Costa Rica in San Isidro, Costa Rica. Wallace’s plenary was on “Using OERs (Open Educational Resources) with the New Generation of Students”; Hall’s plenary was on “Writing the Open Access Textbook College ESL Writers.”Wallace is the faculty associate for Study Abroad and assistant professor of English, and Hall is an associate professor of English. Both are based on the Clarkston Campus. 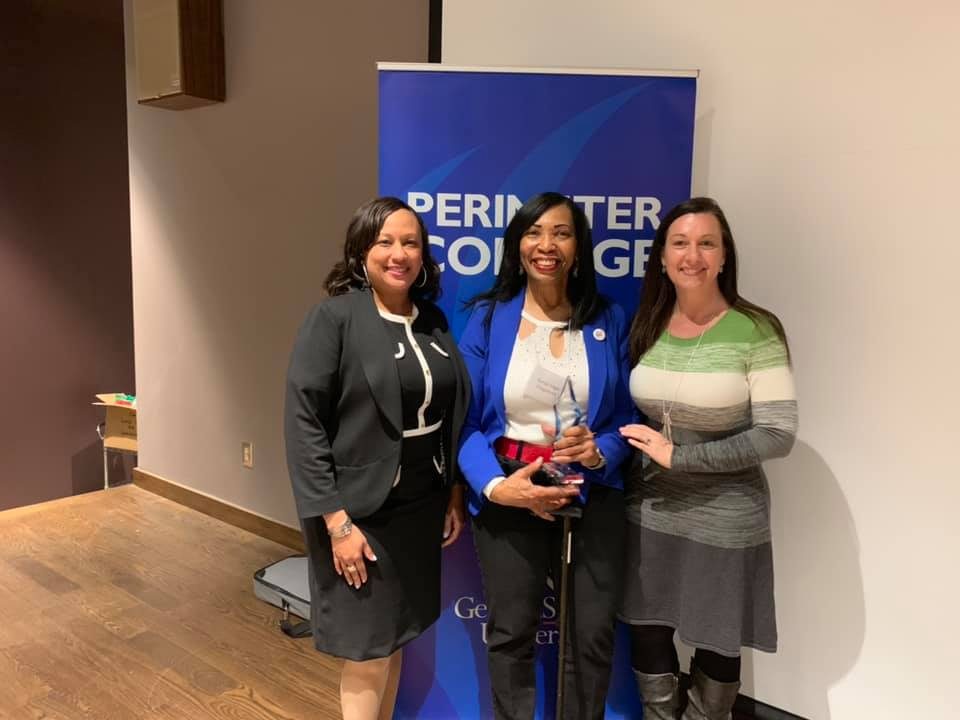 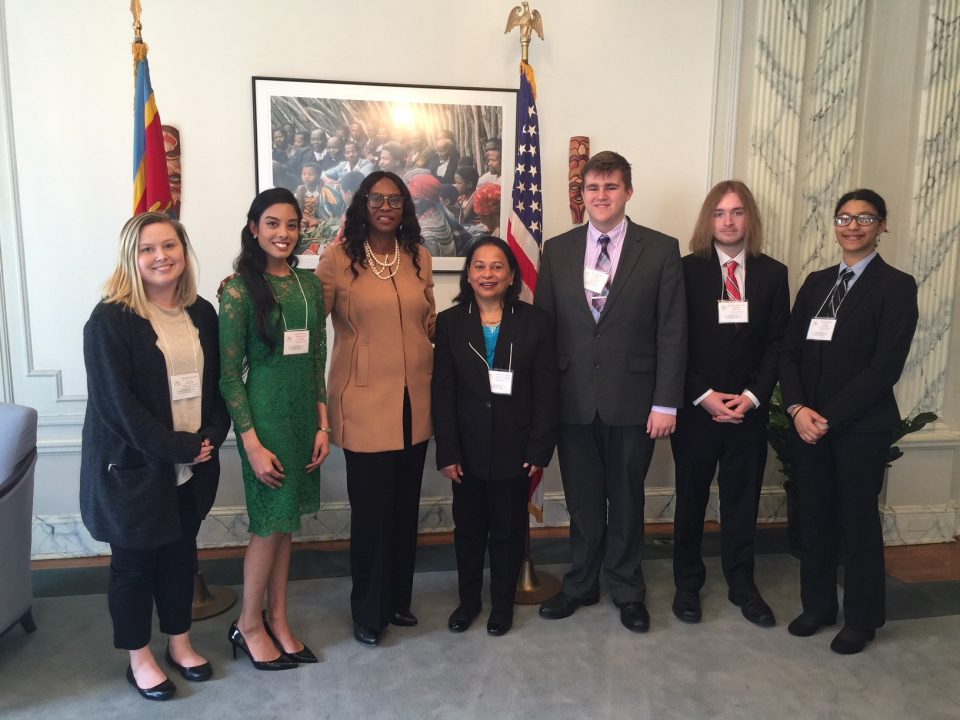 Dr. Sally Vargis took a group of students to the International Model African Union in Washington, D.C. in February, where they presented four resolutions during the conference and met the ambassador of Eswatini (formerly Swaziland), the country the student delegation represented. Vargis is the faculty advisor to Perimeter College’s Model African Union, a professor of history and associate chair of business and social science on the Newton Campus.

More than 240 high school students from across metro Atlanta gathered for the annual Science Olympiad event on Clarkston Campus in March.  For eight hours, students competed in several categories, with the winning teams celebrated in an event at the end of the day. More than 60 science faculty and staff from across all Perimeter College campuses participated in creating and running the events. Tournament director, Dr. Mark Hollier led the effort, with co-tournament directors Lynn Zeigler, Dr. Carl McAllister and Dr. Pamela Moolenaar-Wirsiy. This is the 19th year Hollier has coordinated the Science Olympiad at the college.

The Peacock Tea Room at the Georgia Renaissance Fair, co-owned by Randy Sheppard, was recognized by Renaissance Magazine as the favorite food and beverage destination the nation. The award was based on nominations by customers. Sheppard has co-owned and operated the Peacock Team Room for nine years. It operates during April-June at the Fairburn festival. Sheppard works in IT services on the Decatur Campus.

Dr. Karen Wheel-Carter received the Irene and Curtis Ulmer Scholarship in Adult Education from the University of Georgia. The annual award is given to two outstanding doctoral students who demonstrate interests and experiences that address the advancement of adult education in the public or nonprofit sectors and not the corporate or for-profit world. The recipient also must demonstrate experience in the practice and research of adult education and show potential for leadership in the field. Wheel-Carter is Dunwoody Campus associate dean and associate professor of business and criminal justice.