At Perimeter College, choose from more than 30 academic pathways and study at campuses convenient to your home or through our flexible online offerings.

Visit the Perimeter College News Hub to read about some of our latest graduates.

FIND OUT MORE ABOUT PERIMETER

Sign up for virtual appointments with an admissions counselor, information sessions or events.

Find Your Field of Study

RANKED AMONG THE TOP 20 TWO-YEAR COLLEGES IN THE NATION, GEORGIA STATE UNIVERSITY’S PERIMETER COLLEGE IS ATLANTA’S GATEWAY TO HIGHER EDUCATION. STUDY AT ANY OF FIVE METRO ATLANTA LOCATIONS – OR ONLINE.

Wondering if Perimeter is Right for You?

William Milhouse had not originally planned to start his college career at Perimeter College and wasn’t convinced he would like it. His feelings quickly changed. After enrolling in fall 2019, he became active on campus and focused on his studies. He made the Dean’s List, is eligible to receive the HOPE scholarship and says he couldn’t be happier.

William’s Background: William Milhouse had his heart and mind set on attending Georgia State University’s Atlanta Campus after graduating from high school in 2019. “I took the Atlanta Campus tour, and I fell in love — like, this is where I need to be,” Milhouse recalled.

His Path: Milhouse was accepted into Georgia State, but not at the Atlanta Campus. His acceptance admitted him to one of Georgia State’s five Perimeter College locations, partly based on his SAT score. “I was like, ‘are you kidding me?’,” Milhouse said. “I was bummed.” His feelings quickly changed. He enrolled at Perimeter College in fall of 2019 to study film on Georgia State’s Alpharetta Campus. He joined the Student Government Association, takes advantage of Learning and Tutoring Center services and has a work-study position in the Office of Student Life. He said he couldn’t be happier.

The Latest: Launching his college studies at Perimeter was a good move for him, Milhouse said.

“It didn’t start ideally, but everything worked out for the best, and I would not change a thing.”

Milhouse said he finished the spring 2020 semester on the Dean’s List and eligible to receive the HOPE scholarship. Plus, his older brother is following through with a reward to treat him to a Hawaiian vacation (when the pandemic will allow) in exchange for good grades. After getting his associate degree at Perimeter, Milhouse plans to transfer to Georgia State’s Atlanta Campus and eventually apply to law school to become an entertainment attorney.

Rachel Hefner knows what it’s like to be hungry and homeless. Her experiences, along with the drive to do something meaningful with her life, formed the basis of a dream. She wants to combat food insecurity by managing an urban food forest that provides fresh produce to underserved communities.

Rachel’s Background: Rachel Hefner knows what it’s like to be hungry and homeless. In high school, while living with a relative who struggled with addiction and keeping a job, Hefner often did not have enough to eat, she said. She dropped out of high school and eventually left home.

Her Path: Hefner headed to Atlanta, where she worked low-wage jobs and experienced hunger (again) and homelessness. “I wanted to do something more meaningful with my life,” she said. In 2018, she enrolled at Perimeter College to study social work. She found her happy place in the classroom and in the Decatur Campus community garden, where she cultivates crops to benefit others and herself. Her goal is to manage an urban food forest and provide fresh produce in underserved neighborhoods. “I see myself in 10 years hopefully having my own farm,” the 25-year-old said, “a plot of land in the city that would serve lower-income communities or those living in food deserts.”

“My upbringing serves as the foundation of my desire to combat food insecurity,” Hefner said. “However, I believe it was the stories and encouragement of those I encountered at Perimeter that motivated me to pursue a field based on change, in hopes that one day I could play even just a small role in improving the lives of others.”

The Latest: Hefner graduated from Perimeter College as an Honors College student and Jack Kent Cooke scholarship semifinalist in May 2020. She will transfer to Cornell University on scholarship and study agricultural science.

Thinking About Starting Over?

Three times was definitely the charm for Jackie Goodman-Cook, who first enrolled at Perimeter in 1981 and, 38 years later, earned her associate degree in 2019. Life demands pulled her from her initial attempts to attend college, but on her third try, she stayed dedicated to her dream and saw it through.

Jackie’s Background: At 6 feet 2 inches tall, Jackie Goodman-Cook enrolled at Perimeter College on a basketball scholarship in 1981, when the school was DeKalb Community College. She selected business administration as her pathway — although she really wanted to study education. “It broke my heart, but that’s what my daddy said, so that’s what I felt I had to do,” Goodman-Cook, who is now 57, recalled.

Her Path: During her second year at Perimeter, Goodman-Cook learned she was pregnant, dropped out of school and started working at a local business. In 2004, as a widow and mother of four children, Goodman-Cook became an office clerk at a public charter middle school in West Atlanta, staying there for nearly 14 years and becoming a part-time education assistant in charge of the school chorus. She still yearned to earn her degree, however. In 2014, she enrolled at Perimeter again, this time to study education. But she couldn’t afford to continue.

The Latest: In 2017, Goodman-Cook started at Perimeter for the third time. In 2019, she completed what she started nearly 40 years earlier, graduating with an associate degree, which supports her in her role as family engagement coordinator at the R.I.S.E Schools, public charter schools in Fulton County. Being able to take in-person and online classes at Perimeter helped her toward her goal, she said. She now is pursuing her bachelor’s degree at Georgia State’s Atlanta Campus and wants to become a school behavior specialist.

“Be so dedicated to your dream that it’s part of your DNA,” Goodman-Cook said.

What Type of Student Are You?

Graduating high school seniors or recent high school graduates who wish to earn an associate degree in one of more than 30 academic pathways.

Students enrolled at other colleges or universities who want to transfer and take advantage of Perimeter College’s extensive selection of pathways.

Students born or educated outside the United States who want to experience life in Atlanta while pursuing a degree can get their start at Perimeter College.

What Type of Student Are You?

Graduating high school seniors or recent high school graduates who wish to earn an associate degree in one of more than 30 academic pathways.

Students enrolled at other colleges or universities who want to transfer and take advantage of Perimeter College’s extensive selection of pathways.

Students born or educated outside the United States who want to experience life in Atlanta while pursuing a degree can get their start at Perimeter College. 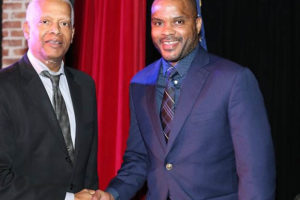 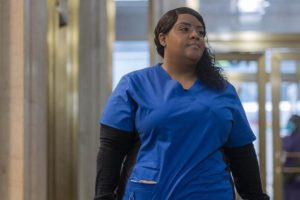 Breaking The News
Published June 17, 2020 in Georgia State News Hub
Perimeter College student Tiffany Watts-Ferguson spends her workdays calling those who have taken a COVID-19 test to tell them the results.read more ❯ 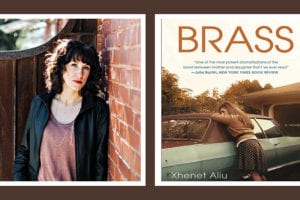 Staying on top of your educational expenses doesn’t have to be difficult. The Office of Student Accounts provides services and solutions to help you meet your financial responsibilities while pursuing your educational goals.
WE'LL HELP MAKE IT EASY

Meet Our Teams of Advisors

Advisors provide valuable support as you plan your educational path and schedule. At Perimeter, we offer teams of advisors for each campus, as well as for online-only students.
SUPPORT IS AVAILABLE